Skip to content
home Movies, News ‘Monster vs. Aliens’ In The Third Dimension 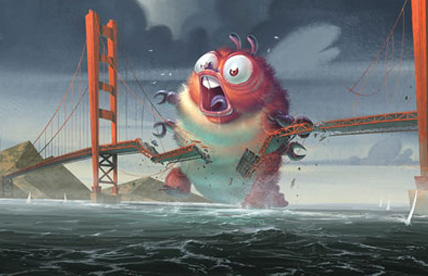 Yesterday at ShoWest in Las Vegas, Dreamworks previewed the film ‘Monster vs. Aliens’, the first computer animated film to be shot in 3D. Traditionally these computer animated movies first have a non-3D version that are later dimensionalized, this new, “ultimate 3D,” is shot entirely as 3D. To film in this manner costs the studios an extra $15 million, but they say that the experience, though costly, will be worth spending the extra money to see it. I don’t think an extra $15 million is that much really, but that’s because I’m loaded. I mean, I typed this article with $100 dollar bills on a keyboard made out of diamonds.

This film, a spoof of the cheesy 50’s sci-fi movies, is set to be released March 27, 2009 and will feature the voice of Reese Witherspoon.