Skip to content
home Music, News NIN’s Ghosts: The Numbers Are In! 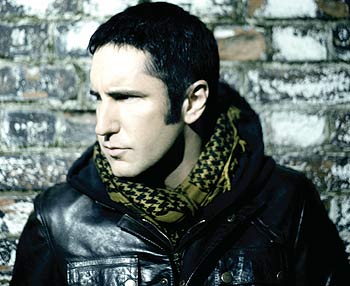 Turns out Reznor’s download experiment paid off: the Nine Inch Nails frontman went public with the financial results of his first release free of a record label, ‘Ghosts: Volume I-IV.’ After the first week of the album being for sale, Reznor made an astounding $1,619,420. This total is from the various ways of purchasing the album: the $5 download for the album, the $10 download and CD package, the $75 non-ultra deluxe version and the $300 ultra-deluxe version. I have to imagine a few record labels recoiled from this piece of news.

Phase II of ‘Ghosts: Volume I-IV’ is a collaborative effort between NIN and us, the fans. On the NIN website, Trent has posted a letter that discusses an event with YouTube where all filmmakers who are interested will take a song (or songs) from the album and create a film around it. YouTube will host the “film festival” where Trent and others will go through the videos and cull out those they feel are extra interesting for the show.

Take a look at the official NIN website for Trent’s open letter with the full details of the film collaboration. I have to say, this whole thing is becoming more and more exciting.