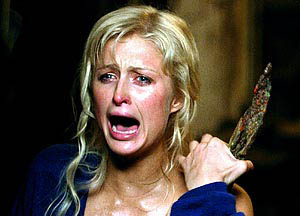 I almost made the headline of this one, “UGH.”

Paris Hilton, winner of Americas Number 2 most overexposed undeserving celebrity has just inked a deal with MTV for a new reality show called My New BFF. I swear, its not April Fools, it wouldn’t even be funny if I was making this up. For the uninformed, BFF stands for Best Friends Forever, and apparently, Paris Hilton is so lonely, she needs to audition future best friends.

Reality Shows crossed the line a long time ago when they started marrying millionaires, and dating geeks, but, this has got to be an all-time low. I don’t know whats worst, someone putting up a video/blog post on ParisBFF.com to get on the show, or, someone actually watching this garbage. The show will feature 20 wanna be friends, and Paris will whittle in down to a new BFF hopefully in the 10 episodes MTV has ordered.

Seriously, if this is successful, how much lower can we go from here? I got an idea for a reality show, its called My New Low, and it stars the My New BFF producers, Michael Hirschorn and Stella Stolper, and whoever greenlit this at MTV. Or better yet, how about Paris posts in the Casual Encounters section on Craigslist, we can call that show, Paris Hilton’s “My New STD.” Just think how interesting the doctor’s visits would be.