The internet is in an uproar over the proposed bill in the Massachusetts legislature, essentially putting restrictions on the sale of violent Video Games to minors. Mayor of Boston Thomas Menino has spoken out in favor of this bill, with Larry Mayes, a representative from his office was quoted saying “Children aged 17 and under should not be sold this stuff, so they are not getting into the hands of 9- and 10-year-olds.”

The idea of this ban reaches video game rights activists as an outrage, and an impedance on their free speech. They place the responsibility on the parents, saying kids should be closely watched.

Are video games protected by the first-amendment? Yes, just as films are. But, last I checked, its not so easy for someone under the age of seventeen to enter a Rated R film without parent supervision.

Trust me, I’m all for violence in video games, I played Wolfenstein 3d, Doom, all while under the age of fifteen. Violence in video games have never been the cause of violence in the streets. But, all this restriction will do is not allow an 11 year old to waltz into a store and buy a video game. Granted, there is no actual LAW in place saying a movie theater has to card you, but, most do. So what’s the harm in making it law?

However, putting this sort of ban soley on video game content may be unfair, perhaps the law should extend to movies as well. I don’t know about you, but I’m tired of people blaming violence on video games, perhaps it’ll take laws like this to get parents to pay more attention to the games children play, and prove to legislators that the amount of violence in the world isn’t related to splattering pixels. 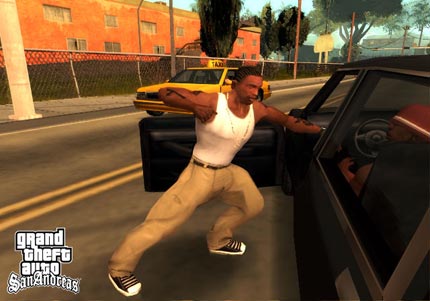 One might argue, what do Menino and other lawmakers consider violence? A short squat plumber squashing turtles and mushrooms with feet? Or hijacking a car and running over its owner? Where does one draw the line of violence? Or do they only refer to a games rating by the ESRB?

People like Senator Hillary Clinton who want to ban all violence in video games don’t understand that the average gamer is an adult, not a child. Video games should have the same freedom as any sort of art form. Most games have plots more complicated and twisted then movies, with at times, hundreds of hours of entertainment. The problem is that the medium, though around for almost thirty years in some form, is still in its infancy. People of Clinton’s generation don’t understand, video games aren’t only for kids

The main issue here is, parents need to monitor what their kids are being exposed to in all realms, not just video games. If its going to take the restriction of the sale of certain games to minors, then so be it. At the end of the day, you might want to see who Little Johnny is hanging out with, what he’s watching, what he’s playing.