Skip to content
home News, TV ‘Jericho’ Has Gone the Way of ‘Jericho’ 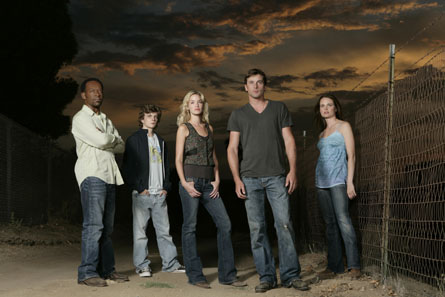 Proving once again that Americans love to vote for stuff then not pay any attention to what they voted for (shout out to Ruben Studdard!), CBS series ‘Jericho’ is going the way of, well, ‘Jericho.’ The “popular” television series aired on CBS for one season, from September 2006 to May 2007, when it was cancelled. The show’s fan following set up a digital letter writing campaign to CBS fighting to bring the post-apocalyptic series back on the air. CBS listened, bringing the show back as a mid-season replacement in early 2008 only to be met with the lowest ratings the show ever received. It was announced that the show will be cancelled for a second time.

The final episode of the series will air next Tuesday on CBS.