Actor Richard Widmark, best known for his starring roles in many film noir movies of the 1950s has died at the age of 93.

Widmark appeared in Sam Fuller’s ‘Pick-up on South Street,’ Jules Dassin’s ‘Night in the City,’ and Elia Kazan’s ‘Panic in the Streets.’ He appeared in more than 40 movies, working into the 1990s. 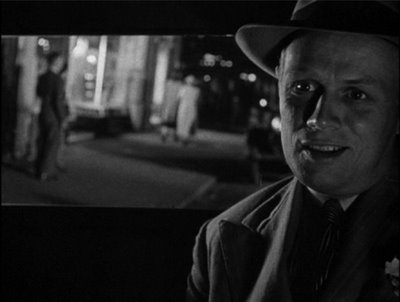 Best known for his violent roles in films, (in his debut ‘Kiss of Death,’ Widmark pushed an old lady in a wheelchair down a flight of stairs, receiving an Academy Award nomination in the process,) Widmark hated violence and guns.

On a personal note, I was a huge Widmark fan, only discovering his immense body of work in the past five years or so. One of my favorite roles of his was in ‘Night and the City,’ where he delicately balances the hard edge of a wannabe ganster with the desperation of someone making a last stab at greatness.

Widmark died Monday at his home in Connecticut. He will be missed.