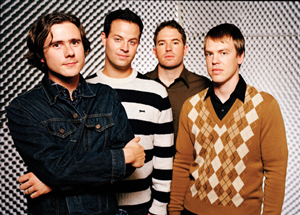 The self-produced album that shot the Arizona band to super-stardom is set to hit stores again April 29th. ‘Bleed American,” is actually the real title of the 2001 Self-Titled release, that was renamed following 9/11 terrorist attacks. Having been dropped by Capital, the band toured, and used that money to create the album independently.

In addition to a remastered edition of the original album, the release will be a collection of b-sides, under the radar singles, as well as a new recording of Your House, which gained notoriety in their recent live performances.

The track listing is as follows:

DISC ONE: THE ORIGINAL ALBUM