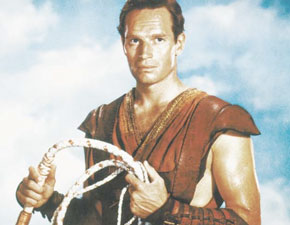 Actor Charlton Heston, best know for starring in such movies as ‘Ben Hur,’ ‘Planet of the Apes,’ and ‘The Agony and the Ecstasy’ has died at age 84.

Heston was best known for his booming voice. In 2002, Heston announced that he was suffering from the effects of Alzheimer’s disease. At the time, Heston said, ‘I must reconcile courage and surrender in equal measure.’

Heston won an Oscar for his work in ‘Ben Hur.’ Some Heston’s other films include, ‘El Cid,’ ‘The Ten Commandments,’ ‘The Three Musketeers,’ and ‘Julius Caesar.’ His last screen role was 2001’s ‘The Order’ with Jean-Claude Van Damme.

Heston’s wife was by his side when he died. They had been married for 64 years.