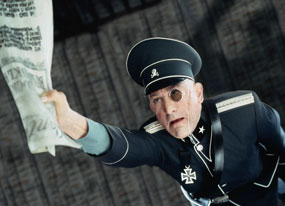 Miramax has announced that is will begin shooting the film ‘Everybody’s Fine’ (a remake of’ Stanno tutti bene’) later this month. The cast is comprised of Robert De Niro, Drew Barrymore and Kate Beckinsale.

The movie follows De Niro as he decides to reconnect with is grown children after he becomes a widower of his dead career. Along the trip he discovers his kids lives are in disarray and presumably he tries to help.

I would see this movie, but I don’t want to. Beside, I have already read the synopsis, and everyone knows that the three sentences outline is always better than the movie. I’m kind of a literary snob like that.