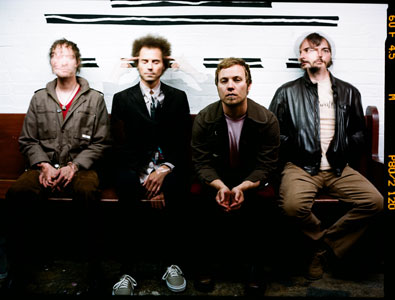 Rogue Wave rocked the Paradise Rock Club in Boston last night to a sold out audience. Having waited quite a while to catch these on tour, Boston marked their first night out on tour, in no doubt supporting the release of Asleep at Heaven’s Gate.

I first caught Rogue Wave with their first release, ‘Out of the Shadow,’ from Sub Pop. With catchy tunes like “Every Moment,” “Kicking the Heart Out,” and “Postage Stamp World,” I already sensed a band destined for good things. With great lyrics, an interesting voice, and excellent composition, it was all a perfect storm for a great show Friday night.

The band opened with personal favorite from their new album, “Like I Needed,” the audience clearly came prepared. The bands presence was excellent, Zach Rogue playing with the audience towards the middle of the set. The big highlight for the audience was the song most came to hear “Lake Michigan,” which began with all 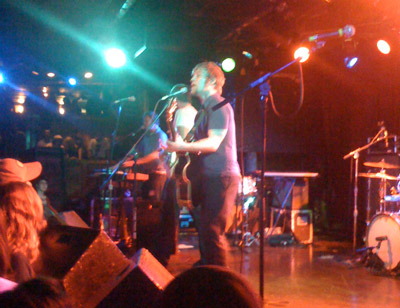 the members of the band pounding on drums, before the familiar clapping transitioned into the song. The energy from the audience clearly added to the adrenaline in the band, at one moment Rogue looked at his band mates with definite excitement at the crowd response to the intro. My favorites from the night were the upcoming single “Chicago x 12,” and the closing song, “Love’s Lot Guarantee”

Older fans in the audience found a good mix of old and new songs. I rarely leave a concert having heard everything I wanted to, save for “Eyes,” (which lost to an audience voted during the encore), it was all here.

Opening band Grand Ole Party from San Diego was one of the best opening acts I’d seen in a long time.

If Rogue Wave makes it to you, take my word for it, you’re in for a great show.