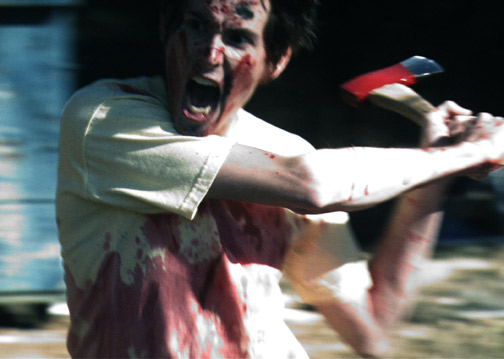 It’s the future, Gas prices are at $30 a gallon. Necessity being the mother of invention, a man invents a car that runs on human blood.

Blood Car is a comedic horror-satire set in the near future when gas prices rise to over $30 a gallon and a man invents a car that runs on human blood. Starring Mike Brune, Katie Rowlett, and Anna Chlumsky (from My Girl).

The trailer shows a very fun, humorous, and highly stylized work. You can catch it at the Independent Film Festival of Boston, Thursday, April 24th, at 10:15 (Coolidge Corner), and Saturday, April 26th at 11:59pm (Brattle Theater).

One thought on “Road to IFFBoston: Blood Car”