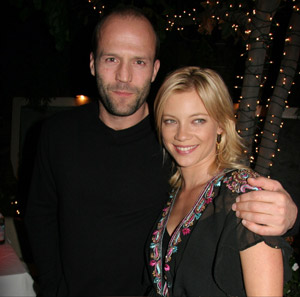 Jason Statham is stepping into the shoes of hitman Chev Chelios. This time around, Chelios heart has been stolen by a mobster, replaced with a battery powered one that requires jolts of electricity to keep working. Tell me that doesn’t sound great (read: sarcasm).

The first film cranked out $42 million worldwide. In addition to the return of Statham (come on man, you are two shakes of a lambs tail short of being typecast), the sequel sees the return of Amy Smart as Chelios’ girlfriend, and Dwight Yoakam, and Efren Ramirez. The nemesis will be played by Clifton Collins Jr.

I didn’t see the original, though the trailer was excellent, it wasn’t enough to get me out to check it out. Though, $42 million is a nice chunk of change, I don’t think its enough to garner a sequel.