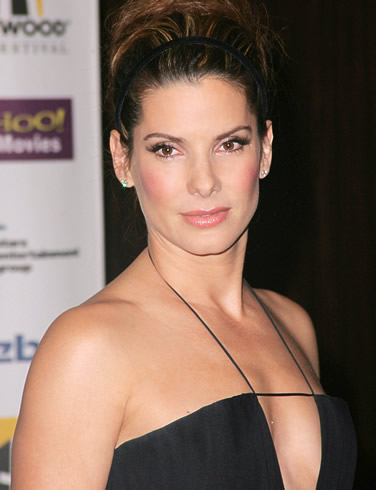 Not quite our usual fare of news, but actress Sandra Bullkock and her husband were hit in a head-on collision by an alleged drunk driver in Gloucester, MA. The actress, in town for the film “The Proposal,” was ending her day Friday, and driving in an SUV. Bullock was with her husband Jesse James, her driver, and several dogs.

Her car was traveling around 15-20 miles per hour when they were struck by the drunk drivers Subaru. The driver, 64-year-old Lucile P. Gatchell was deservedly upset, and was seen being consoled by Bullock. Police said her blood alcohol level was .20, twice the legal limit. Gatchell was taken away in handcuffs, and Bullock and friends were taken home.

Lesson to be learned here, don’t drink and drive, and don’t hit Sandra Bullock, because your story will appear on everything from US Weekly to Lonelyreviewer.com