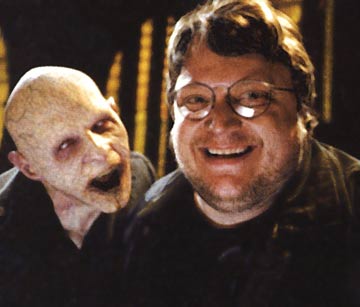 It’s not really news at this point, but at least now it’s official: Guillermo del Toro has signed the paperwork to helm ‘The Hobbit’ and its sequel for New Line-MGM. Peter Jackson, director of the ‘Lord of the Rings’ trilogy, will executive produce these two films, which will be shot back-to-back, much like Jackson’s approach to the original trilogy. The sequel will apparently deal with the time period between the story of ‘The Hobbit’ and the first chapter of the ‘Lord of the Rings’ trilogy, ‘The Fellowship of the Ring.’

Personally, this excites me. With ‘Pan’s Labyrinth’ del Toro proved that he not only understands and loves mythology, but that he can brilliantly translate that to the big screen. Of course, this means that if del Toro does get a chance to make a third ‘Hellboy’ like he wants to, we won’t be seeing that for a good 6 years from now, as apparently this prequel series will take up the next 4 years of his life. What a kick ass life.

Read about the happy news here!