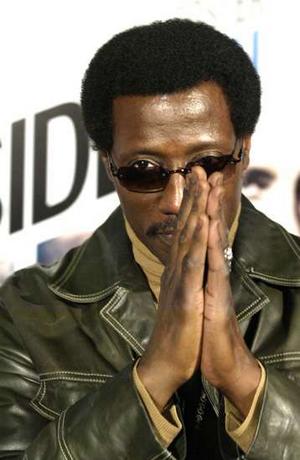 Showing that just because you’re been in some successful movie about killing vampires, no one is above the law. Wesley Snipes has been given three years in prison for not paying taxes three years in a row.  Despite letters from Denzel Washington and Woody Harrelson.

Snipes failed to file income tax three years in a row after reportedly taking some bad advice from a man who believes legally, there are no laws for income tax.

Guess the next Blade movie won’t be out for a few years….

One thought on “Snipes Gets Three Years”