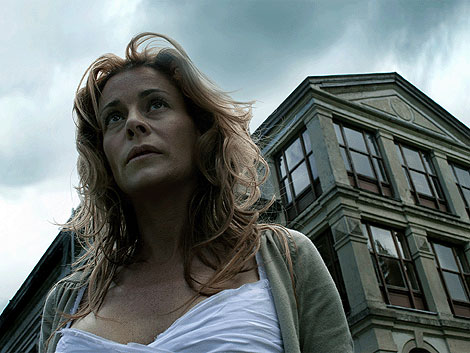 ‘The Orphanage’ has Guillermo del Toro’s name plastered all over the packaging and the advertising for it. And the film does have a very “del Toro” feel to it (he helped produce the film). But credit where credit is due, the huge success of this film belongs to director J.A. Bayona and his stellar crew. The story follows Laura as she returns to the orphanage she grew up in. She and her husband, Carlos, have purchased the house with the hopes of turning it into a home for special needs children. Laura and Carlos have an adopted son, Simon, who they have not told that he is adopted, nor that he is very sick. Simon has an active imagination and, as such, has a few imaginary friends. But when Simon disappears, Laura starts to learn that some of those imaginary friends may not be illusions and may, in fact, be tied to her past.

Bayona’s film is a horror film very much in the same vein as del Toro’s great film, ‘The Devil’s Backbone.’ The horror is there, but is grounded in emotions and psychological history of the characters. ‘The Orphanage’ plays like a through-the-looking-glass version of Peter Pan: orphans who vanish and the once orphaned mother who is desperate to find them. The bulk of the film relies on Laura, as we follow her through her psychological journey. Belen Rueda is wonderful in the role of Laura. She brings a weight and emotional honesty to the picture that makes it easy to invest in the story of her 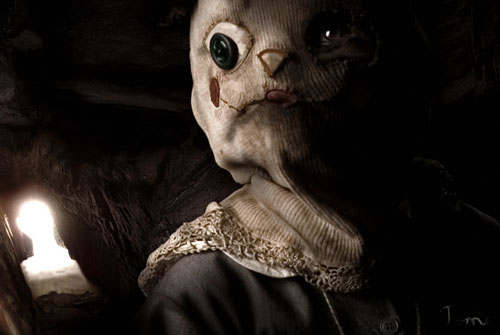 supernatural search for her missing child. This film could have easily dropped the horror aspect and played as a drama and I would still be standing on my chair, applauding this film.

But it is a horror film, too, and the scares are there. And they’re good. Bayona plays with the psychological horror, relying on very little gore (I can only think of one scene in the film where it goes for the queasy thrill. It’s quick, but it’s a doosy.), which makes sense as the film is really playing out alongside Laura’s mind. And, as it does take place in and about an old orphanage, the film plays with the creepiness of stalking children. I don’t know if there will ever be a time when a kid with a sack over his head will not be scary. Definitely one of the scariest children to appear on screen since ‘The Ring’s’ Samara (who was also adopted. Hmmm.).

‘The Orphanage’ is an amazing story of a mother in search of her orphans. It works as a drama and it works as a horror piece. The film is an excellent demonstration of the idea that just because a filmmaker is setting out to make a movie that scares you doesn’t mean that movie doesn’t have to have a brain. ‘The Orphanage’ has a brain and at times felt like it was playing out a classic Poe story. I was glad Bayona went the sophisticated route and put together this just-shy-of mythical film for us. I recommend watching this film.