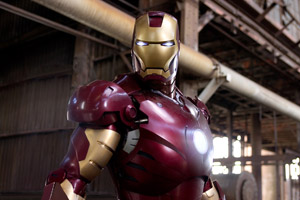 The film, directed by Jon Favreau opening in 4,105 theaters, officially starting the summer tent-pole season. ‘Iron Man’ also marks the first film developed, produced, and financed within Marvel, rather then licensing their property to another production company. Next release is the Edward Norton starrer, ‘The Hulk,’ which takes that franchise back to its origins (forgetting the Ang Lee helmed version that was only released a few years ago).

Personally, I was a bit skeptical on how the film would do. I guess Justin gets to punch me in the face on the next episode of the LR show. So tune in! 7:30EST Tuesday night.