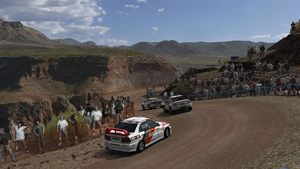 Apparently, Sony proves people will pay 40 dollars for a fraction of a game, announcing having sold 50 million units of ‘Grand Turismo 5: Prologue.’

GT5: Prologue is the first version of the franchise to appear on Playstation 3. The title, always a flagship for the Sony consoles broke ground in graphics and gameplay when it was first released. Producer Kazunori Yamauchi announced that one of the series’ biggest complaints, no damage modeling, will be amended sometime this fall in the form of a downloadable update.

There has been no announcement of an official release date for the full game, but Yamauchi has stated no sooner then Summer 2009.