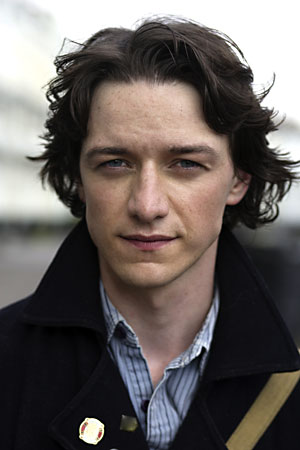 Well…I guess there is a short list of names that Peter Jackson and Guillermo Del Toro have for the replacement of Ian Holm as Bilbo Baggins in the upcoming Hobbit and Hobbit 2. I’ve heard some pretty awful names tossed around (Jack Black!!??) but I actually think they might have picked a winner here. It looks like James McAvoy of Atonement and Last King Of Scotland fame could be the mane they pick to play Bilbo.

I think this is a smart play. I mean, Ian Holm was amazing as the crazy old Hobbit, but the man is in his mid 70s…don’t make him pry himself off of his hemorrhoid donut and jump around with wizards and dwarves. Give him a break!

As much as I would love to see Holm subtract 20 years off his age and leap and jump with the rest of them, I just don’t think its gonna happen. His replacement did actually worry me and I thought that perhaps an unknown might be the best choice, but if McAvoy is actually picked, I think its smart casting. He looks the part and he is actually a terrific actor. Just watch the two films listed above and you’ll see what I mean. So kudos
Jackson and Del Toro, if you indeed make it happen. Just as long as you don’t cast Ashton Kutcher to reel in the tweenies, I’ll be happy.