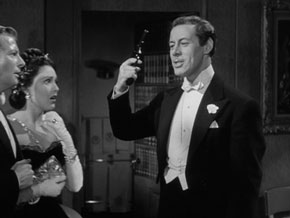 For some reason, I grew up with the idea that Dudley Moore was a joke. Not the kind that you laugh with. No, ol’ Dudley was the kind you laughed at. I was raised that he was some sort of midget pervert, obsessed with alcohol and women. Yet, when I started exploring his films, I found that there was nothing really terrible about the guy. In fact, he was a pretty solid comedian. ‘Bedazzled,’ ’10,’ and ‘Arthur,’ all were great comedic performances. Perhaps it was the fact that his Arthur persona became what he was best known for and most closely associated with. Perhaps it’s the inevitable fall-out after you are voted the top movie star by theater owners. Perhaps it’s because he was short. Whatever the reason, the career of Dudley Moore has been overlooked by a good many people. Good people who would do themselves good by checking out a few of his films. 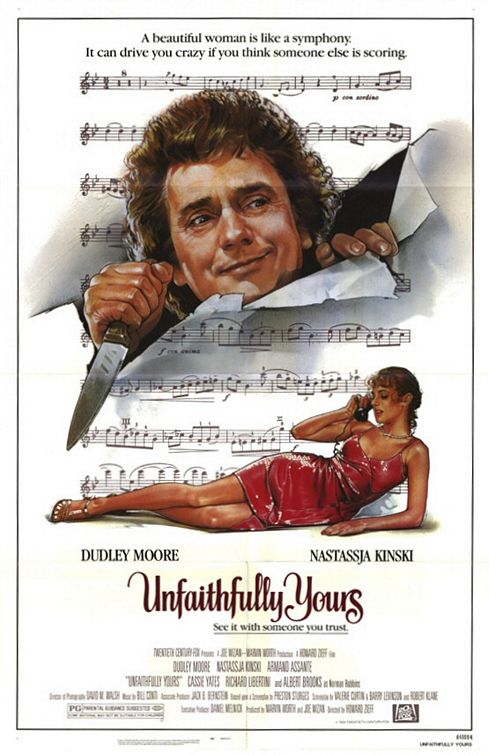 ‘Unfaithfully Yours,’ should be terrible. It’s full of classical music and pratfalls. It’s a remake of a good movie. Not a good sign. It’s a remake of a Preston Sturges movie. A really bad sign. However, when all is said and done, ‘Unfaithfully Yours,’ while it doesn’t reach the brilliance of the comedy of genius Preston Sturges, it’s still not terrible.

Dudley Moore stars as Claude Eastman, a world-renowned conductor. His new wife is played by Nastassja Kinski. She’s hot and European. (That’s her job in this film.) However, Claude thinks that his wife is having an affair. Furious with jealousy, Claude plots to kill his wife and frame the famous violinist that he thinks she’s secretly banging. Albert Brooks plays Moore’s good friend. (Which proves a theory that any movie with Albert Brooks can’t be all that bad.)

The climax of the movie is a fantasy sequence of Claude’s fantasy of carrying out the perfect crime which is quickly followed by the actual play-out of events. In the Sturges version, it’s virtually dialogue-less, fully accompanied by an orchestra. In the Dudley Moore version, there’s a ton of dialogue. However, the sequence doesn’t really suffer. In comparison, both sequences play very well, despite the different takes.

However, ‘it’s not terrible,’ is not a review. It’s worth checking out.? That’s a review. And that’s the review that I give this remake of ‘Unfaithfully Yours.’ A perfect double bill. The Sturges original to

open the evening, the Dudley Moore remake to close the evening. Or perhaps, an evening of Dudley Moore films is on tap. In which case, prepare to have a fun night. (Just take my advice and don’t rent ‘Wholly Moses,’ a film that is a good addition to the argument that any movie co-starring Dom DeLouise is not a good movie.) -Sam