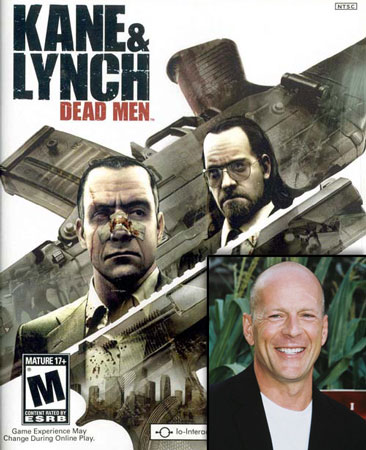 Variety is reporting that Bruce Willis is in negotiations to star in video game adaptation “Kane and Lynch,” from Eidos Entertainment’s “Kane and Lynch: Dead Men.”

Directing the film is Simon Crane, a second unit director and stunt coordinator with films like Hancock, Mr. & Mrs. Smith, Troy, and X-Men: The Last Stand under his belt.

The game is about a mercenary named Adam “Kane” Marcus (Willis) who makes an alliance with a schizophrenic killer named James Lynch. The two are sent on a mission to retrieve a microchip.

Though, I never played the game, I know there was a huge controversy behind it, as its reviews were rather poor, and allegedly Eidos tried to buy off various periodicals to bump up the rating score. This doesn’t bode well for my feelings on the game, though, the story as I saw in the game trailers looked like it had some potential.