Skip to content
home Movies, News ‘Hulk’ is a Smash at the Box Office 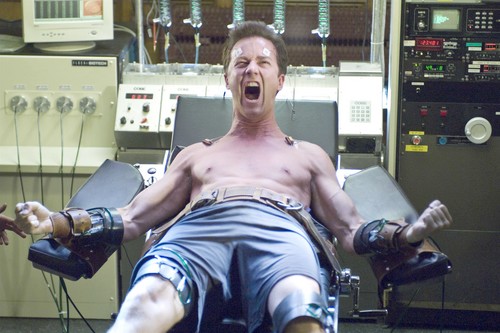 ‘Hulk’ saw quite a bit of green this weekend, pulling in $54.5 million dollars this past weekend. There was also a bit ‘Happening,’ with M. Night Shyamalan’s first Rated-R film bringing in $30.5 million.

However, internationally, ‘The Happening,’ was what was happening, grossing $32.1 million, and the Hulk grossing $31 million (not that anyone is complaining).

So despite the lack of promotion from Edward Norton on the media circuit, the film saw good numbers, despite not opening as big as Ang Lee’s imagining from 2003.
There was worry about the audience on ‘Hulk’ given the short time between the last Hulk film and this new reboot, but exit polls showed 82% of audience members had seen the previous Hulk pic.

Beating ‘The Happening’ for the number 2 spot in the weekend was ‘Kung Fu Panda,’ grossing $34.3 million, bringing it past $100 million.

The biggest decline of the top 10 was Adam Sandler’s new film ‘You Don’t Mess with the Zohan,” which brought in $16.4 million this past weekend.