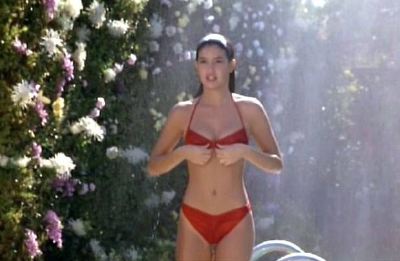 For as long as there’s been movies, teens have been rebelling. In 1955’s ‘Rebel Without a Cause,’ James Dean yelled ‘you’re tearing me apart.’ In 1976, Carrie White’s telekinetic powers freak out and wreak havoc at her senior prom.

In the 1980s, as the popularity of cable television rose, teens had unprecedented access to movies that, perhaps, they weren’t old enough to see. Bad language, disrespectful behavior, drug use and, of course, almost boundless conversations, debates and dream sequences about sex- the teen movies of the 1980s had it all. So many were weaned on these movies, stealthily viewed while parents went to work, snuck in the middle of the night, or over at a friend’s house; everyone saw some of these movies and, most likely, they were never the same again.

That was the point, of course. At least, that’s what the teenage viewers thought. To the actors, directors and studio heads, these were just stupid movies where a couple of girls took their tops off. But for the younger set, it was practically a handbook on how you should/could behave and what riches awaited you.

Of course, not all of the teenage movies from that era preached such a hedonistic tone. ‘Fast Times at Ridgemont High,’ tackled teen pregnancy and abortion while ‘Little Darlings,’ which was pitched as a sex comedy about two campers racing to loose their virginity first turned out to be a surprisingly touching and aware film.

Since summer is the prime time for these sorts of films and the time where, unencumbered by school and bedtimes, most teens probably encountered many of these films for the first time, Lonely Reviewer.com is launching a new feature.

Running the entire summer, ‘Summer of Sin,’ will take a loving look back at the movies, both good and bad, that so many remember fondly. (And upon re-watching wonder what the hell the 14 year-old version of themselves were thinking.) They aren’t art. But they are damn fun. Enjoy. -Sam