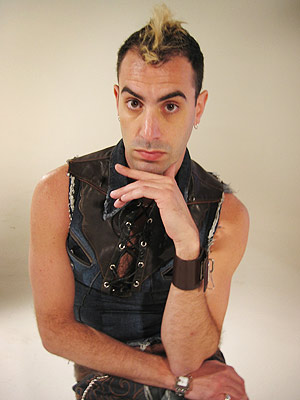 Universal has finally set a date for Sacha Baron Cohen’s next feature, ‘Bruno.’ The film is about a flamboyant fashion/celebrity journalist from Austria who interviews people (much like Borat) who believe he is a real person.

Universal is banking on the fact that ‘Borat’ was enough of a success that ‘Bruno’ is ready for a high-profile summer release. The date is May 15, 2009.

Personally, of Cohen’s characters from his show, Bruno was the segment I looked forward to the least, so who knows if I’ll be able to sit through a feature with him. Borat grossed $128.5 million domestically, so, perhaps he knows what he’s doing.