Skip to content
home Movies, News ‘Hellboy’ Comes in on Top, No one ‘Meets Dave’ 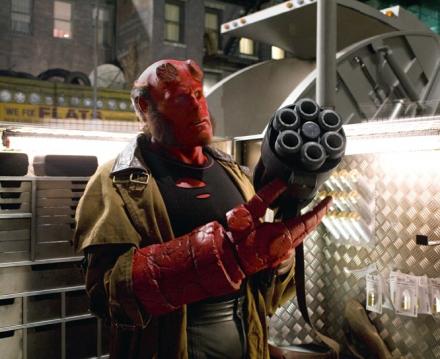 It was no shocker that Hellboy didn’t go up in flames this past weekend, taking the top spot with a $35.9 million dollar debut. It was also not a shocker when no one went to ‘Meet Dave,’ making the $5.3 million dollar opening one of Eddie Murphy’s career worst.

‘Journey to the Center of the Earth,’ a 3D film from New Line and Walden Media starring Brendan Fraser grossed $20.6 million, with the higher priced 3D tickets bringing in the higher gross. ‘Earth,’ came in at 3rd place.

Though the Guilliermo Del Toro directed ‘Hellboy II: The Golden Army’ showed strong legs, analysts are predicting an almost certain drop as ‘The Dark Knight,’ premieres after a strong viral campaign this Friday.

The box office rounds out with ‘Hancock’ in 2nd place with a 47% drop a $33 million in its sophmore session, and Pixar film ‘WALL-E” came in at fourth place, with a $18.5 million total.