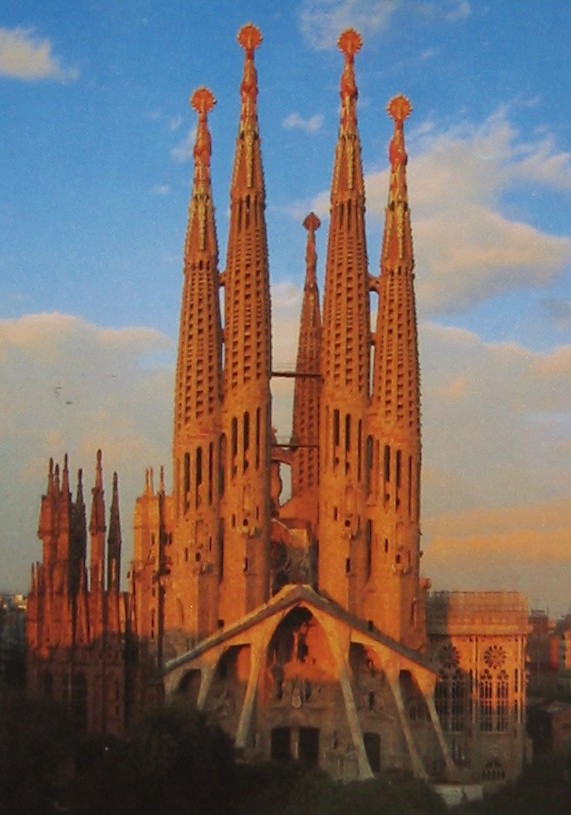 Gaudi was an architect, living in Barcelona, Spain in the late 1800s. His work still stands and, it’s unlike anything you’ve ever seen before. There seem to be very few right angles in Gaudi’s work. Fascinated with nature, Gaudi’s work looks like a large organism, with blob-looking windows, and religious iconography everywhere. He is considered to be part of the art nouveau movement, but his buildings are unlike anything you’ve seen.

After his death, the surrealist movement, headed by Salvador Dali, fell in love with Gaudi’s work, viewing it as a sensual and incredibly sexual work. A theory that would have made Gaudi, a devote Catholic, squirm.

His most famous building is the Sagarada Famila, a church in Barcelona, Spain that Gaudi devoted 15 years of his life to. He was killed by a subway car as he crossed the street, and he never lived to see his masterpiece finished. In fact, construction continues on the church.

And I have just told you more about Gaudi than Teshigahara’s movie does. And yet, that’s not a bad thing. The movie runs a little over an hour and is almost completely silent. The camera slowly tracks through a hallway in one of Gaudi’s buildings. It moves over the façade of another. It focuses on the details that make his work so interesting. The molding in the ceiling. The wrought-iron handrails. All are small pieces of a larger work, combining to make something astounding.

I know that what I just described sounds incredibly boring. And it’s not. It’s amazing. The visual poem that Teshigahara constructs allows you to reflect and think about what you’re seeing, and not let other people tell you what to think. Anyone can look up details about Gaudi’s life on-line if they’re interested. The Criterion release includes a second disc featuring a BBC documentary hosted by a curmudgeonly English architect expert who gives you the background to Gaudi’s work. Yet, in many ways, it doesn’t matter. It’s almost as if this information is already known. Gaudi put so much of himself in his work, you can see what kind of a person he was, what he believed in very clearly in his work.

‘Antonio Gaudi,’ is not like most documentaries. However, it’s just as compelling, and just as interesting as any other film you’re likely to see. -Sam