Skip to content
home Movies, Reviews Justin Reviews: Harry Potter and the Order of the Phoenix 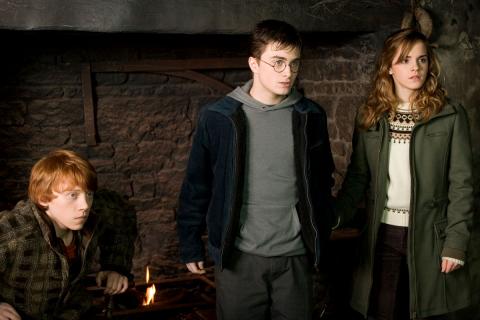 Converting J.K. Rowling’s novel, Harry Potter and the Order of the Phoenix, into a film was clearly going to be a challenge. The longest novel in the series, begins to fully delve into the narrative Rowling had been setting up for the past 4 installments. Unless the film was going to be a 6-hour epic tale, key plot points and subtleties were going to need to be cut from the book to make the movie a standard installment for the film franchise (and it’s pushing those “standard” boundaries with its 2 and a half hour running time). So does David Yates’s ‘Harry Potter and the Order of the ’ suffer from this condensing? Sadly, it kind of does.

It’s hard to review this film on its own knowing the book it came from. Yates had the difficult task of separating the “need to have” details from the novel’s literary flourishments (I may have made up that word). The result is a movie that, for its long run time, feels rushed. Harry is attacked at his aunt and uncles by Dementors, who nearly kill his cousin Dudley. Harry is forced to use magic to save himself and his cousin and, as a result, is banned from Hogwarts for knowingly using magic in front of muggles. Potter stands trial and is ultimately proven innocent of the charges against him, but is whisked away by the Order of the Phoenix, a group of wizards whose goal is to stand against the Dark Arts and Voldemort, who have determined that something more sinister is afoot. This goes against the Ministry, who believes that Voldemort is still gone, and in an effort to silence Dumbledore, puts one of their own into Hogwarts. Dolores Umbridge slowly infiltrates the school for wizards and 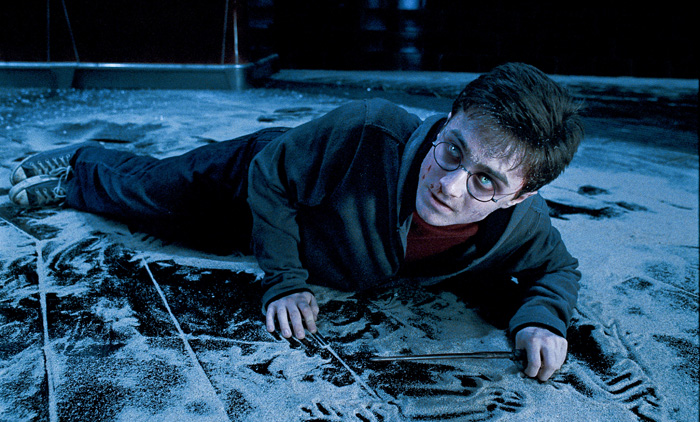 increasingly adds levels of bureaucracy to the institution to stifle Dumbledore and keep track of Potter. This all comes to a head as Voldemort breaks into the Ministry to steal a prophecy that discusses Voldemort and Harry Potter. Phew.

Yeah, so it’s a lot of details that, in an 800-page book, can be woven intricately and effectively, but in a condensed film, seems more like a highlight reel than a fully-fleshed out story. But that’s not to say that the film isn’t good. It is. The young actors are evolving and are continuing to learn their craft. While sidekicks Rupert Grint and Emma Watson as Ron Weasley and Hermione Granger were pretty much relegated to cameos in this film (in fact, everyone but Harry Potter seemed to be a casual cameo), they continue to grow as actors. And Daniel Radcliffe as Harry Potter is continuing to impress me. I don’t quite think he’s nailed it yet as some of his scenes come across as trying to act rather than actually acting, but he’s well on his way and carries the film very well. The other notable was Imelda Staunton as Dolores Umbridge. Her portrayal of the Avon-looking lady/super-bitch was spot on and very easy to hate/love.

And the overall look of the film was impressive. Yates captured the hugeness of this installment and executed some scenes so well that I’m a little disappointed I missed seeing this film on the big screen. Especially the final wizard duel in the Department of Mysteries. Harry and Dumbledore versus Voldemort and the Death Eaters was visual eye candy that must have been ten times sweeter on a large screen (and clearly justified the film’s IMAX run). So while the film seemed rushed, it was an awesome sight to behold.

‘Harry Potter and the Order of the ’ was a challenge in adaptation that fell short of hitting its stride as a story, but made up for its shortcomings with visual greatness. The world of Harry Potter has come a long way from Chris Columbus’s first installment of the film series, ‘Harry Potter and the Sorcerer’s Stone.’ Given the challenge, Yates has done the best he could have and has presented a good, fun 2 and a half hour time filler. Not a great movie, but a good movie. And sometimes that’s all you need.