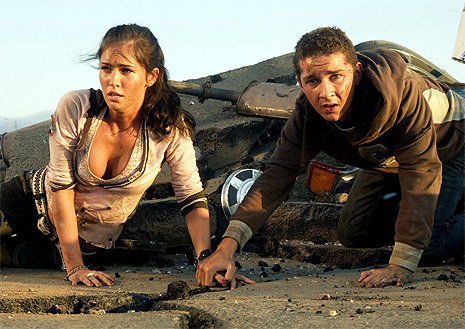 Michael Bay has heard that people love (1) things exploding, (2) giant robots fighting for control of Earth, and (3) when actors/actresses put on weight for roles. In regards to the last one he has asked Megan Fox to put on 10 pounds for her up coming role in Transformers. In return I have asked Michael Bay to shut his big dumb face full of stupid. How about this Mr. Bay: Megan Fox keeps her figure as is and in return I won’t have people throw rocks at your nard for messing up the one thing you do right. Deal? Deal.