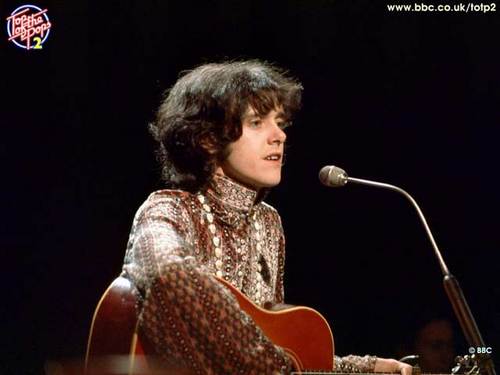 You know the routine. You’re watching a movie and a scene comes up and something seems familiar about it. It’s not the writing. It’s not the direction. It’s not the acting. Ah, there it is- it’s the soundtrack. Some popular song from ages ago that you forgot existed has reared it’s head. It makes the scene better. But every once in a while, a movie appropriates a song in such a way that you will never see it the same way again. Here’s a quick look at some of the songs that have been changed by the movies.

Hurdy Gurdy Man- ‘Zodiac’
When I think of Donovan, I usually think of Bob Dylan openly mocking him throughout D.A. Pennebaker’s ‘Don’t Look Back.’ (When presented with an award for best folk newcomer, Dylan says, ‘Don’t give it to me, man, give it to Donovan.’) So when David Fincher used the song about peace and love to score the first two victims of the Zodiac, well, you remember it.

American Girl- ‘Silence of the Lambs’
Jonathan Demme took this perfect, happy and upbeat pop song by Tom Petty and turned it ugly. Sung by girl moments before her abduction, Demme casts a dark pall over the song. It’s upbeat melody and mood a perfect counterpoint to the dark story that is about to unfold.

Stuck in the Middle With You- ‘Reservoir Dogs’
Of course this has to be on the list. The film that proclaimed the fully developed arrival of Quentin Tarantino also served notice that music in films had changed. Here, Harvey Keitel removes an ear with a razor to the smooth, dulcet tones of Steeler’s Wheel. Of course this list could be made up fully of Tarantino songs with ‘You Never Can Tell,’ by Chuck Berry, ‘Misirlou,’ by Dick Dale, ‘Woo-Hoo,’ by the 5,6,7,8s and ‘The Twisted Nerve Theme,’ by Bernard Herrmann. However, sometimes the first is the best.

Lalya- ‘Goodfellas’
Much like Tarantino, you could put any Martin Scorsese movie in here. ‘Mean Streets,’ ‘The Departed,’ ‘Life Stories,’ … need I go on? But for me, it’s the use of the Derek and the Dominoes song’s coda that is the perfect summation of the fates of the various mobsters.

Ooh La La- ‘Rushmore’
Much like Scorsese, Wes Anderson deserves his own article.  From his use of Elliott Smith’s ‘Needle in the Hay,’ in ‘The Royal Tennenbaums,’ to his use of a Brazilian adaptation of the work of David Bowie in ‘The Life Aquatic,’ every movie is worth checking out the soundtrack.  For me, ‘Rushmore’ is where it started.  (I had to backtrack and dig up ‘Bottle Rocket,’ later,) but it was the use of this song at the end of the movie as Max Fisher learns about life and love.  Like some of the other songs on this list, they’ve later been co-opted for commercials, to a point where you are sick of them.  And then, you go back to the original movie that used them, and you fall in love all over again.

Of course, six songs are not a complete list. This is where I invite you all in. You know a good song that I’ve missed/overlooked/forgotten? By all means, let me know. Let’s talk it over. Surprise me. And anyone posts something by Celine Dion, I’m taking a swing at them. Seriously. No joke. -Sam

2 thoughts on “The Songs That Cinema Changed”