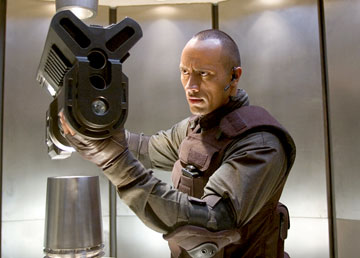 iD Software CEO Todd Hollenshead has expressed interest in producing another Doom film. The CEO told video game blog Kotaku that he’d love to do another Doom movie, “There are some lessons we learned. The best way to do things better is to get the experience.”

The first film starred Dwayne “The Rock” Johnson, and Karl Urban, and was directed by Andrzej Bartowiake. The film received quite a bit of criticism from both fans, and critics. The film failed to capture the feel of the game.

The film would have to get the greenlight of Universal, who owns the rights to the franchise, but something tells me, there are many other video game movies they’d like to ruin before revisiting this one.