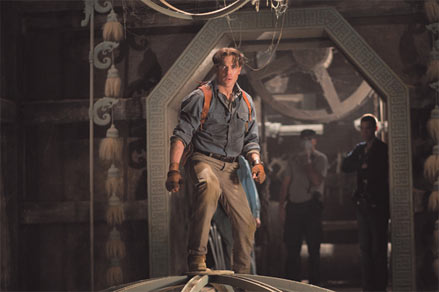 Despite horrid reviews, audiences were split this weekend between ‘The Mummy: Tomb of the Dragon Emperor,’ and ‘The Dark Knight.’ In its third week, ‘Dark Knight,’ dropped only 42% from the week prior, totaling and estimated $43.8 million for the weekend.

The Rob Cohen directed Mummy sequel, starring a returning Brendan Fraser, and Jet Li as the Mummy, brought in an estimated $42.5 million domestically. But strangely enough, overseas, The Mummy did noticeably better, bringing in $59.5 million internationally.

The only other movie that premiered this past weekend was Kevin Costner’s new political film, ‘Swing Vote,’ only bringing in an estimated $6.3 million, taking sixth place.

X-Files showed one of the steepest drops from the week prior, dropping 66% to the tune of $3.4 million.

Here are the totals for the week:

One thought on “‘Mummy’ Shows Close Competition at Box Office”