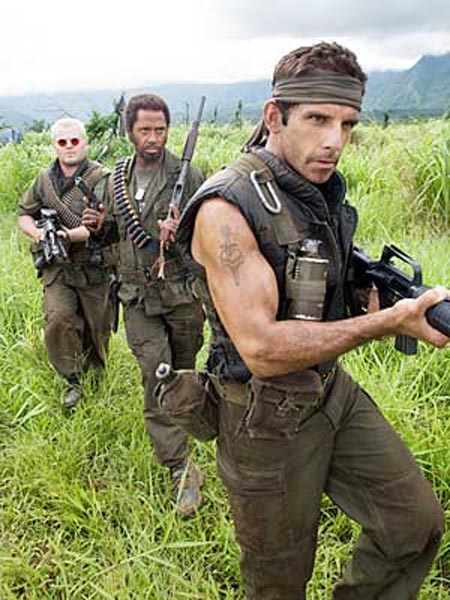 Ben Stiller’s comedy ‘Tropic Thunder,’ is spending its second week as the top film at the box office.

The Anna Farris comedy ‘The House Bunny,’ came in second place, raking in $15 million, while the Jason Staham-led ‘Death Race,’ opened in third with $13 million.

Both ‘The Longshots,’ by Martin Scorsese protege Fred Durst and ‘The Rocker,’ starring Rainn Wilson performed poorly, so, we probably won’t be thinking or writing much about them this coming week.

One thought on “‘Tropic Thunder’ Number One For Week Number Two”