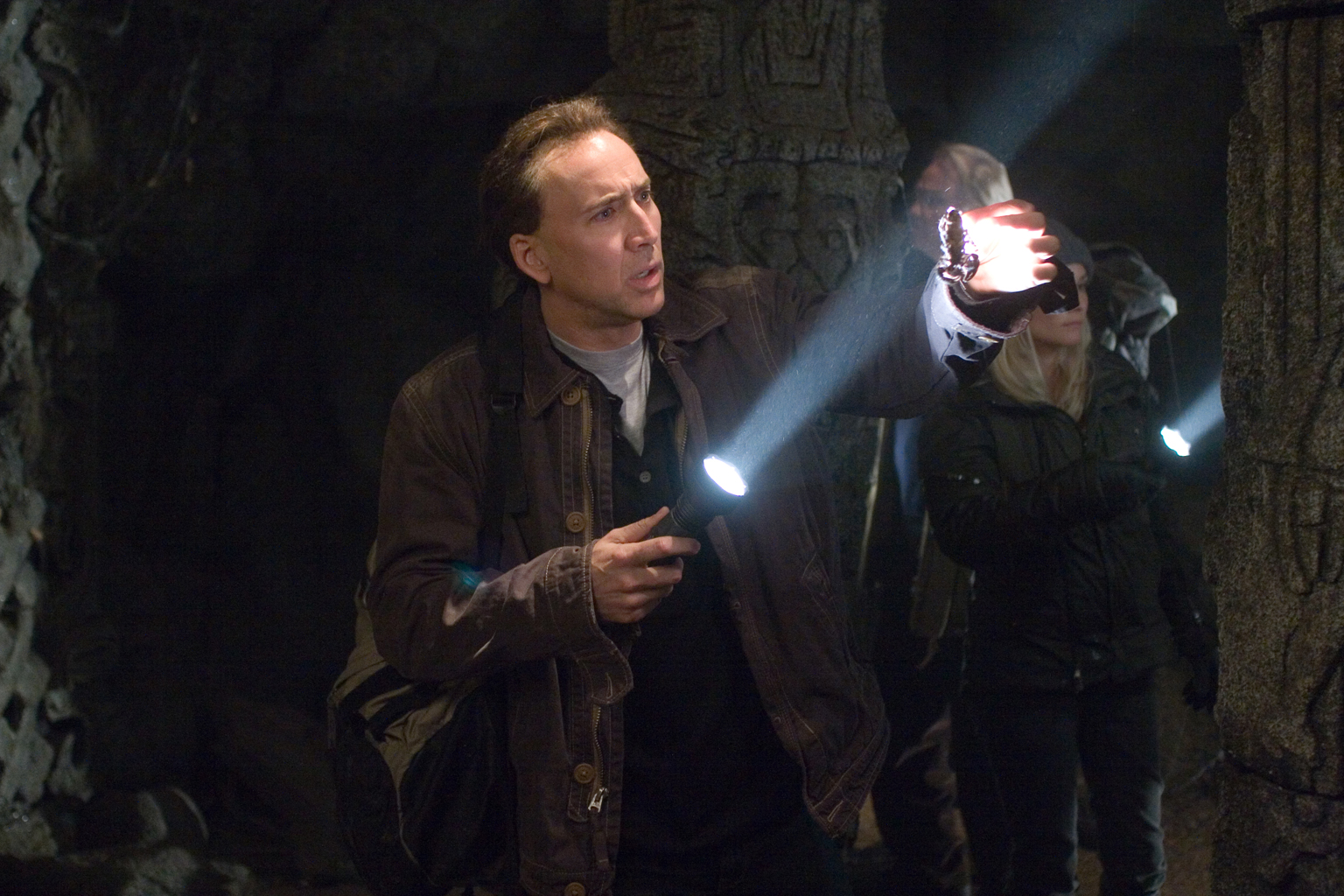 Do you remember when the first ‘National Treasure’ came out?  The reviews weren’t kind, saying in effect that it’s no Indiana Jones. And then, when it made enough money to provoke a sequel, people said that you should skip the second film and instead see the upcoming Indiana Jones movie.  That’s what this was trying to be, right?  Well, sometimes the copy is more interesting than the original.

As ‘Book of Secrets’ opens, Benjamin Franklin Gates is in a bit of a funk.  Riley has written a book that is, much to his dismay, not a best seller about their first adventure.  Ben has married and then broken up with Abagail and has since moved in with his father.  Then, while giving a lecture about the assassination of Abraham Lincoln, a msysterious stranger suggests that perhaps Gates’ descendant didn’t work to prevent the assassination, but in fact helped plan it.  Gates is astounded and doesn’t believe it.  Then the stranger, played by Ed Harris, produces a page from the diary of John Wilkes Booth, naming Gates as a co-conspirator.  Gates gets Riley to join him and, after a series of misadventures and fights,  gets Abigail to join him on the hunt.  They head off on a chase that goes around the world with Ed Harris and his team hot on their trails.

Nicolas Cage doesn’t go beyond his usual tics and quirks as an actor with the role.  He yells and cocks his head at strange angles.  John Voight is solid as Cage’s dad but the biggest waste of time is Helen Mirren.  She’s a better actress than this film and one spends the film’s running time hoping that Mirren will realize what she signed up for and try to get out of it.

The plot is silly.  There’s kidnapping of a world leader, hidden spaces on desks and a some sort of giant tilt-a-whirl that everyone gets on and rides.  There’s dark tunnels that require torches and running across the faces of Mount Rushmore.

This isn’t a great movie.  It’s silly, all over the place and the acting isn’t award winning.  It’s a kids movie and nothing too intelligent.  However, the most recent Indiana Jones movie isn’t really great shakes either.  This most recent ‘National Treasure,’ keeps the fun foremost and pushes everything else to the rear.  Intelligent plot?  No thanks.  Good acting?  Nah.

This is a movie you’ll forget ten minutes after you finish watching it.  But sometimes, that’s just the kind of movie you’re in the mood for.  -Sam