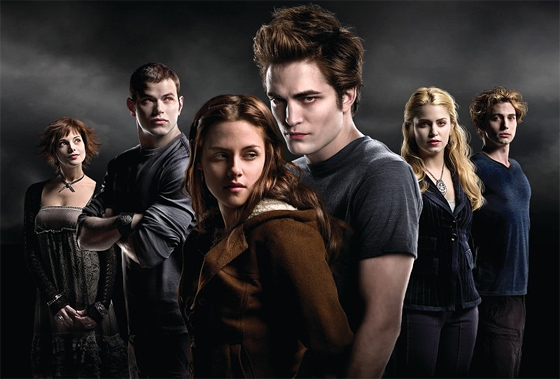 The literary sensation is apparently also a big hit on the big screen.  ‘Twilight,’ which set a new record for advance sale tickets, followed that up with an amazing opening weekend, taking in $70.5 million.  Audiences seem to be mostly made up of women under 25.  The next film in the series, ‘New Moon,’ is already in pre-production.

Disney’s ‘Bolt,’ apparently felt the bite of ‘Twilight”s young audience, and opened lower than some experts expected, taking in $20.4 million.

Fourth place was ‘Madagascar 2,’ with $16 million and ‘Role Models’ continued to surprise, ending up in fifth place, and taking in $7.2 million, bringing its total gross to $48 million.

This list will look drastically different next weekend, with the first batch of holiday movies opening.  New offerings will include, ‘Transporter 3,’ ‘Four Christmases,’ ‘Milk,’ and ‘Australia.’