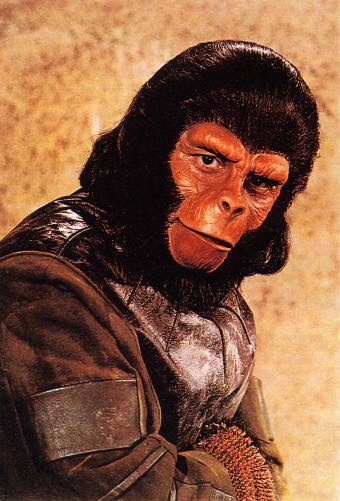 Writer and director Scott Frank, (‘The Lookout,’) has spoken about his latest project, a new film in the ‘Planet of the Apes’ series.

There have been rumors that the movie would be a remake of ‘Conquest of the Planet of the Apes,’ but in a new interview with CHUD, Frank says the film is not a remake, and is a new chapter in the series, coming a hundreds of years before the first Apes film.

‘Caesar,’ is a solid, no-nonsense science fiction story, about the science that would create a planet of apes at some point in the future.  Frank says his goal is to tell the story in a way that makes you feel for the titular simian character.  Will it work?  I don’t know.  Am I fascinated? Definitely. Scott Frank is one of the few filmmakers that I’d be interested in seeing what he does with the series and the story.  -Sam