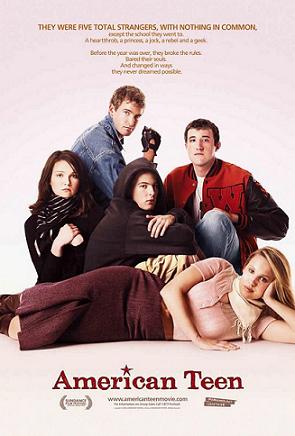 “In the simplest terms and the most convenient definitions. But what we found out is that each one of us is a brain… an athlete… and a basket case… a princess… and a criminal.  Does that answer your question?”- ‘The Breakfast Club,’ by John Hughes

Hannah, Colin, Megan, Jake and Mitch are all, in many ways, the characters that Hughes created.  Hannah is a sensitive artist, who just wants to create and is constantly butting heads with her fellow students who are more conservative and buttoned-down than she.  Colin is the basketball star, hoping to gain a scholarship to college since his parents can’t afford the tuition.  Megan is the star girl, the most popular and on the student council.  However she lives with the guilt that her mentally challenged sister killed herself when she was 16.  Jake is the definition of an outsider, perennially love-lorn and in the marching band.  Mitch is the cool guy who everyone looks up to.

The movie moves through the lives of these characters, as they spend their senior year saying goodbye to the life they know and awaiting the unknown that awaits them at college.  It begins with the first day of school and ends at graduation.  Burstein tries to give the audience insight by animating the hopes and dreams of the five lead characters.

The goal of documentary is to show that true life is stranger than fiction.  However, as constructed and filmed by Burstein, life is about as interesting as fiction.  In fact, sometimes fiction is more interesting.  ‘American Teen,’ is interesting and a fun 90 minutes, but to what point?  Why not just watch ‘The Hills,’ or ‘Celebrity Rehab,’ one of the many other reality shows flooding the airwaves?

‘American Teen’ is fun and interesting, but leaves you as quickly as you watch it.  It’s the perfect DVD movie, something you can watch and then go on and enjoy your night.  However, it’s nothing you’ll spend a lot of time discussing and analyzing.  –Sam