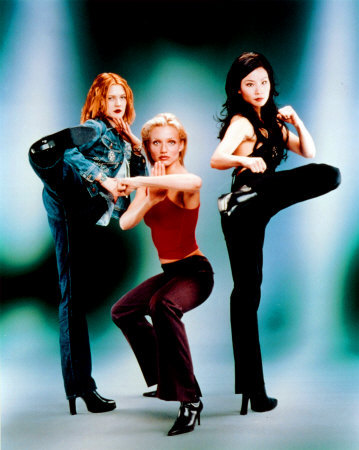 Promoting “He’s Just Not That Into You,” (a movie that I hear “Lonely” editor Vatche already has bought tickets for opening night to,) Drew Barrymore said that she and her producing partner are talking about getting a third “Charlie’s Angles” movie going.

The first two movies, which starred Barrymore, Cameron Diaz and Lucy Liu, grossed $544 million worldwide.  Barrymore also hinted at adding a possible fourth angel.  And there may be a male villian.  The excitement abounds.  -Sam