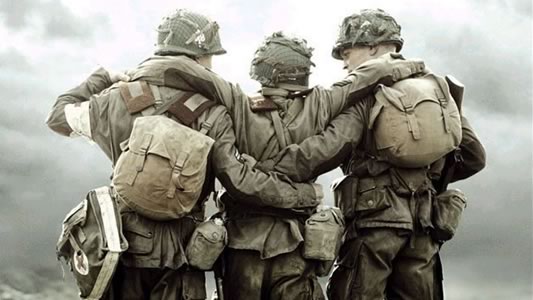 So, you’ve got a blu-ray player, now what? With some help from some friends (and Sam who is also a friend), we’ve put together a list of essential, must own blu-ray titles. We tried to mix it up with old and new, so take a look, and feel free to chime in with your own recommendations:

To start off, this HBO mini-series is brilliant.  It’s a completely engrossing, fascinating and moving story, told over ten episodes.  And it’s all true.  It’s almost unbelieveable what the guys in Easy Company found themselves in during the final days of the war.  (And while you wait for ‘Saving Private Ryan’ to show up on Blu-Ray, you could do much worse than watching this, the OTHER Steven Spielberg/Tom Hanks World War II project.)

Parts I and II of this saga are staples in numerous ‘best of all time’ lists and it’s given a treatment deserving of such accolades.  Working on the transfer with cinematographer Gordon Willis, the dark colors and shadows on these discs are incredibly rich and quite easily, the best way ever to watch these classic films.  (Just give part three a pass… the story isn’t the greatest and the transfer won’t win any awards soon either.)

If you just got a Blu-Ray player over the holidays, you probably own a copy of ‘The Dark Knight.’  It seems everyone does.  And Christopher Nolan’s comic-book masterpiece looks wonderful in high-def.  It’s a dark, brooding film and a wonderful addition to your collection.

When I first heard about this project, I was a bit iffy, boy was I wrong. Robert Downey Jr. was excellent in this Favereu directed comic book adaptation. One of the biggest popcorn movies of 2008 deserves a place high on your shelf.

This is one of my favorites.  Curtis Hanson’s adaptation of James Ellroy’s story of police and pimps in 1950s Los Angeles.  The movie that got Kim Basinger an Oscar.  (Stop for a moment to shake your head at that fun fact.)  This is also the breakout film for Russell Crowe and Guy Pierce.  Everything in this film is note perfect in the re-creation of an old-school noir detective story.  The colors, (why do I keep ranting and raving about colors) are amazing.  The sound is wonderful.  All that’s left for you to do is enjoy, my friends, enjoy.

Really, any of the Pixar films could be on this list.  ‘Wall-E’ is a touching, moving, and funny film.  The colors are rich and wonderful.  This one, (I’m also partial to ‘Ratatouille,’) are excellent discs to show off the possibilities of the Blu-Ray format. 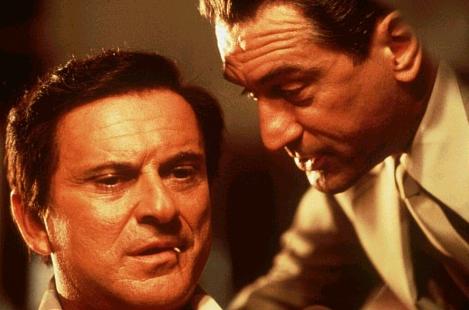 They can’t all be summer blockbusters, Scorsese’s epic tale of a mob-controlled Las Vegas during the 70s is a great addition to your collection. The colors, the sound, the music, the detailed head in a vice. What more could you ask for?

There Will Be Blood

Following closely in Scorsese’s footsteps is P.T. Anderson, his films feature fascinating plots, and gorgeous cinematography. In one of the best shot and sounding films of 2007, this is a must have.

The fortunate part about blu-ray players, most (if not all) are able to upconvert DVDs you already own. So don’t necessarily replace your movies, but if you want to, I’m sure the economy won’t mind….