As “Iron Man 2,” got underway shooting yesterday, we got the first look at Robert Downey Jr., and Don Cheadle in the movie.  They’re both wearing suits, so it’s not the most exciting of photos.  However, IESB is reporting that comedian Garry Shandling will play a part in the new movie.  Reportedly, Shandling shows up as an annoying invesgative reporter in a continuation of the “I am Iron Man,” sequence that ended the first film.

Also, director Jon Favreau is on Twitter, so you can follow his updates from set, if you so choose.  Here’s a picture of his chair that he posted yesterday: 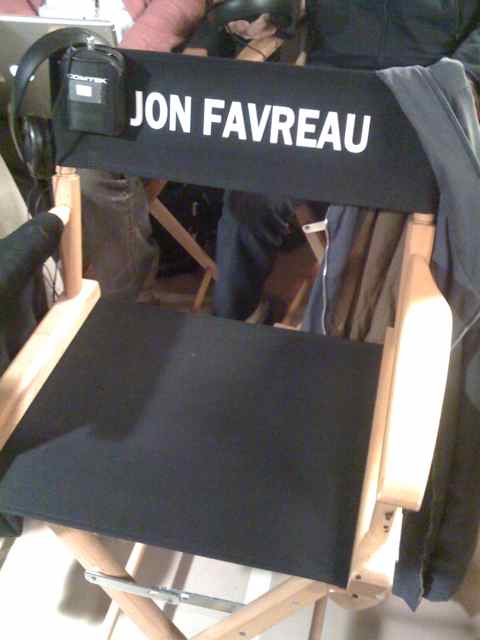