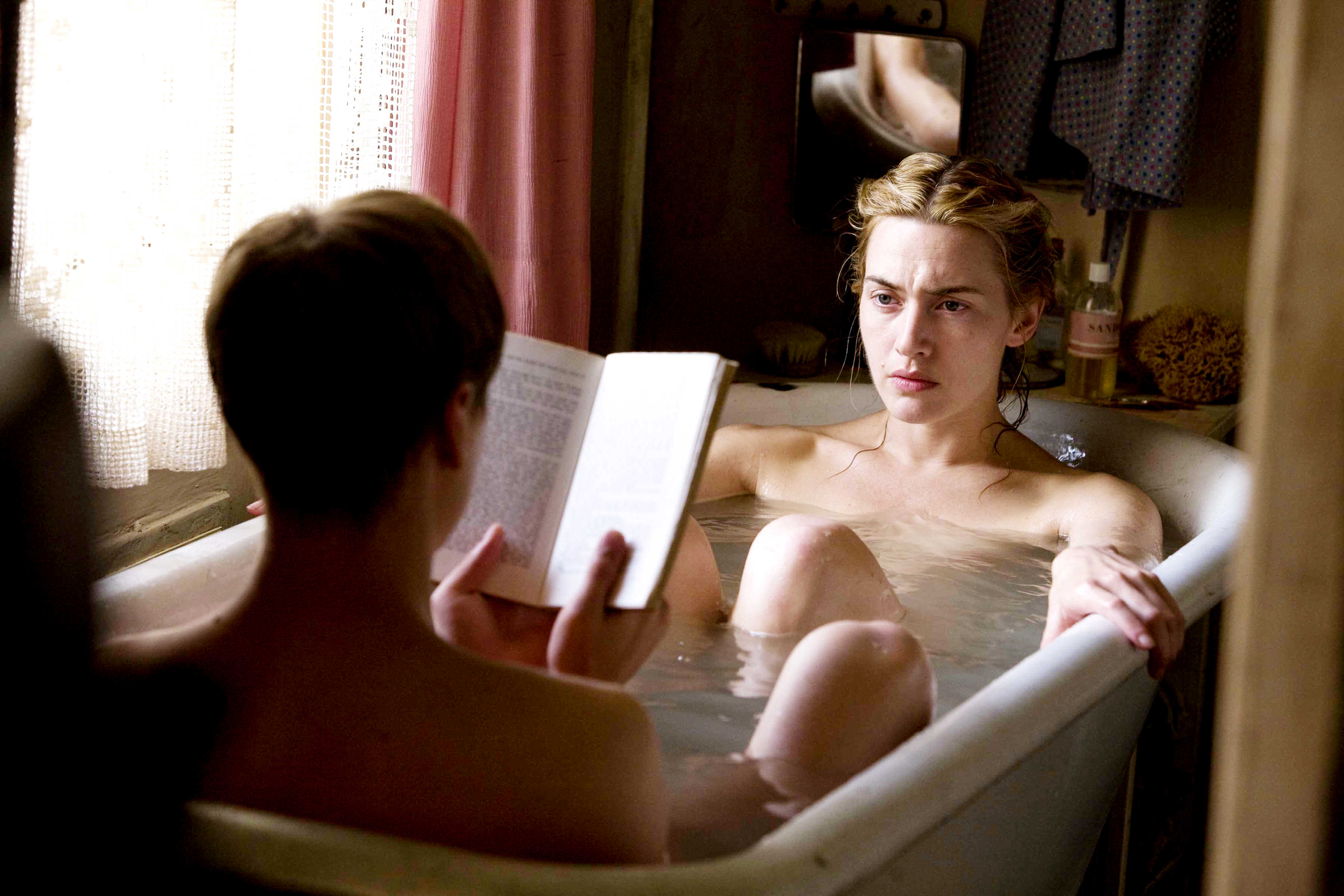 “The Reader” is the story of Michael Berg.  Growing up in post-war Germany, he meets Hanna Schmitz, an older woman, and they begin an illicit and passionate affair.  Michael starts reading to Hanna.  He reads Homer, Checkov and other literary greats.  The story then jumps ahead five years.  The affair has ended, and Michael is in law school.  He finds himself in a courtroom, sitting in on the trial of six women charged with killing people while working at a concentration camp.  Michael is stunned when Hanna enters the courtroom.  The story then jumps ahead again and contact between Michael and Hanna resumes, however, it is distant and removed.

This story should hit the viewer with an emotional wallop.  You should feel as shocked, confused and upset as Michael is.  However, that’s not the case and also the confusing part.  Why doesn’t the movie work?  The acting is top notch, and the young Michael, played by David Kross is wonderful and he can hold his own with such a talented actor as Kate Winslet, who plays Hanna.  The direction is solid and sure: Stephen Daldry handles the material with care and a great attention to detail.  However, it just doesn’t click.

Why that click doesn’t occur and the film doesn’t reach the next gear, I don’t know.  At the end, I was just wondering why Ralph Finnes was mopey.  (The same way he was in the opening scenes.)  In fact, my first question after the movie ended was ‘what was the message in that movie?’  No one (including the characters in the movie,) seem to have an answer.  -Sam

2 thoughts on “DVD Review: The Reader”