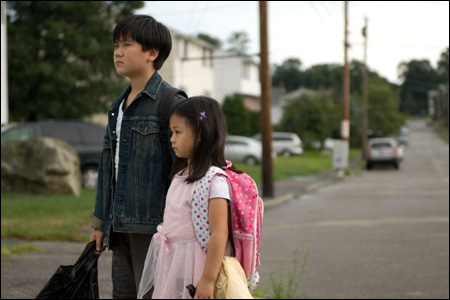 ‘Children of Invention’ is a film written and directed by Tze Chun (a Randolph, MA native) making its New England premiere this week at IFFBoston. The film is set in and around Boston, and loosely based on Chun’s childhood.

The film tells the story of two young children living outside Boston, fending for themselves when their mother gets involved in a pyramid scheme and disappears. It was loosely based on Chun’s Sundance 2007 short ‘Windowbreaker.’

The film will be screening two nights at the Somerville Theater, Thursday, April 23rd at 7:15pm, and Friday, April 24th at 7:30pm