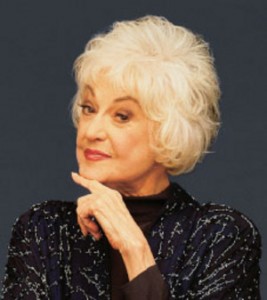 Bea Arthur, aged 86 passed away today at her Los Angeles home. She began her professional acting career Off Broadway, in the late 40s. In the early 70s, she was cast as the title character in the television series Maude, a spin-off of ‘All-in-the-Family.’

Arthur is probably best known for her work on the Golden Girls, playing Dorothy Zbornak. In her later career, she had guest appearances in shows like Malcolm in the Middle, and Curb Your Enthusiasm.