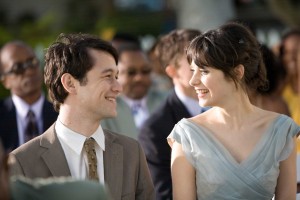 ‘500 Days of Summer’ could have very easily been a goofy, clichéd movie, but we are convinced due to the stellar performances of Joseph Gordon-Levitt and Zooey Deschanel. Both are great young actors in roles that seemed written for them. Their chemistry together is delightful to watch.