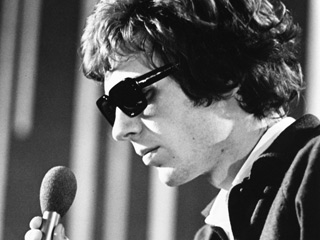 You may not know who Scott Walker is, or heard his music, but, I think it’s safe to say that once you’ve heard it, you’ll never forget it.

Walker made his name in the 1960’s as part of the Walker Brothers, a pop group whose success, in England at least, made them bigger than the Beatles in 1966.  (Their best known hits being “Make It Easy on Yourself,” and “The Sun Ain’t Gonna Shine Anymore.”)  Walker, (not his real last name, it was changed when he joined the band,) soon grew tired of the pop scene.  When the Walkers split up in 1967, Walker started recording his own records.  “Scott,” “Scott 2,” “Scott 3,” and “Scott 4,” may not have had memorable titles, but they featured standards, songs by Jaques Brel, and, most importantly, songs written by Scott himself.

They’re songs of longing, and of pain.  They flirt with what might be considered avant guard records.  And, like all of Walker’s music, the voice is haunting, tormented and unforgettable.

As the years passed by, Walker himself started going out in public less and less, and became more focused on his music.  He stripped away the ‘unimportant’ aspects of his life and instead focused on writing, performing and recording his music.  At the same time, as Walker turned inward and withdrew, music fans across Europe started discovering and falling for Walker’s work.

Starting with Brian Eno and David Bowie, the musicians who consider Walker an influence include, but are not limited to, Daman Albarn, Radiohead, Jarvis Cocker, Sting, Johnny Marr and Gavin Friday.

The documentary, “Scott Walker: 30th Century Man,” by director Stephen Kijak, attempts to show the world what they’ve been missing, the genius of Walker’s work.  The film features the first, wide-ranging and in depth interviews with Walker that has been conducted in some time.  Walker also consented to have the filmmakers shoot some of his recording sessions, allowing fans a chance to see the man at work.

While this is all well and good, what the movie did for me was introduce me to Walker’s work.  The most moving and touching moments of the movie are when they simply pan over the lyric sheets for Walker’s records and let the songs play.  Some of the best sequences of the film are the simplest: showing rock stars sitting around, listening to the music and watching how Walker affects them to this day.  Scott Walker is a fascinating person and, to hear him talk is interesting, but you get the sense that he’s not going to give up secrets easily and, perhaps in the end, the movie doesn’t break him.  What it does do is open up this new world and try to explain it to you.

“Scott Walker: 30th Century Man,” isn’t a wonderfully made movie.  There’s a narration that’s a little clunky and comes and goes in an odd way, but what does make it great is the subject.  Walker is a character who would be incredibly interesting if they simply filmed a black screen and played his music.  Any visual will never match the soundscapes created on his records.  At the very least, you need to tip your hat to the filmmakers for at least trying.