Skip to content
home Movies, Reviews Review: This is It 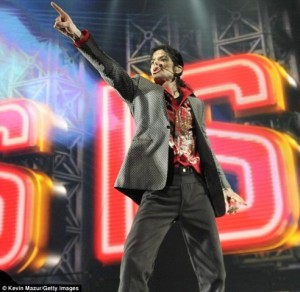 A lot of words come to mind when one thinks of Michael Jackson, legend, controversy, eccentric, but few really had an opportunity to see beneath the surface of the king of pop. Perhaps if more had had that opportunity, the mystery and controversy that surrounded the reclusive star wouldn’t have been as big a deal. One might argue the fact that he was so removed from the public was what caused so many allegations to fly. But, ‘Michael Jackson’s This is It,’ delves into none of this. Which works for and against the film.

‘This is It,’ is a concert film/documentary assembled from footage from what was intended to be for Jackson’s private archives. You can tell from the look of the footage that it wasn’t really being shot for what it is being used for in the film, but, for the curious and die-hard fans, ‘This is It,’ is our only opportunity to see what Jackson was like just prior to his early passing.

The film opens with some interviews of some of the dancers who had been cast for Jackson’s 50 concerts at London’s O2 arena in London. They were to begin in July 2009 and go through to March 2010. Every show had been sold out, and Jackson had begun planning and rehearsing the show. The film then moves right into rehearsal.

‘This is It’ paints Jackson as a serious performer, a talented dancer, and a great singer. It rarely delves into the controversy that surrounded his private life, and never goes any deeper then a fly-on-the-wall look at rehearsal. Occasionally we see Jackson in a more personal light, cracking a joke, laughing at something someone said, or having problems with his monitor. ‘This is It’ is completely hands off, but its fine, because we aren’t here to learn about Jackson’s life, we’re here to see a performance that never was.The sound is excellent, the band is mixed well, and you definitely feel like you’re there.

Did I like it? I’m not a crazy fan of Michael Jackson, but I certainly have a ton of respect for the artist. I do think he lived an interesting life, and if anyone does do a really in-depth documentary, I’d be there to see it, but this is not that film. That said, I’m glad that this film came out, because I’m sure I wasn’t the only one who was a little curious what the shows in London would have been like. If you have even the tiny bit of interest, I’d say definitely check it out. But by no means is this something you have to see in theater.