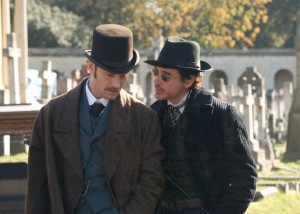 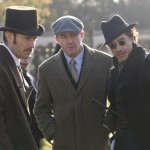 The only weaknesses are at times, some of the CG landscapes bothered me slightly, but other then that, the pacing was good, the story and fight sequences fun and extremely entertaining.

In a world of sold out Avatar screenings, its no wonder Sherlock Holmes is nipping at the bud of James Cameron as far as the box office goes. But, luckily, Ritchie put together a fun, entertaining ride.