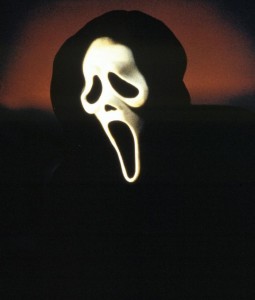 An official press release from Dimension Films has been released confirming that the finishing touches have been put on its slate for 2011, and one of those films…Scream 4.

The original cast which includes Neve Campbell, David Arquette, and Courtney Cox Arquette will be reprising their roles. Not only that, Kevin Williamson will be writing, and Wes Craven will be back directing.

An incredibly successful franchise, the film has grossed $500 million worldwide, and started a wave of copycat horror movies in the 90s. Honestly, I think enough was said with the first sequel, the third one drove it into the ground. But, with everyone coming back and enough time has past that maybe it might be fun. But…probably not.

Dimension Films is putting the finishing touches on its 2011 slate which focuses on continuing its most successful franchises.  The first project to go into production this spring will be SCREAM 4, which Kevin Williamson is writing and Wes Craven has signed on to direct.  Neve Campbell, David Arquette, and Courteney Cox Arquette will be reprising their roles from the original SCREAM installments.  Joining the returning cast members will be a new group of young actors.  The SCREAM franchise has grossed more than $500 million at the worldwide box office and ushered in a new wave of horror in the 1990s.  SCREAM 4 will be released on April 15, 2011.

“SCREAM has been such an integral part of Dimension’s history, and I look forward to continuing the franchise,” said Bob Weinstein, co-chairman The Weinstein Company. “I’ve worked with Kevin Williamson and Wes Craven on so many films at Dimension and hope to continue our successful collaboration.”
Wes Craven added, “I am delighted to accept Bob Weinstein’s offer to take the reins on a whole new chapter in SCREAM history. Working with Courteney, David and Neve was a blast ten years ago and I’m sure it will be again. And I can’t wait to find the talent that will bring new blood to the screen as well. Kevin is right on his game with the new script  – the characters and story crackle with energy and originality – to say nothing of some of the most hair-raising scares I’ve seen in a script since… well, since the original SCREAM series.  Let me at it.”