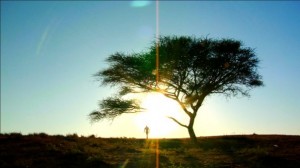 ‘The Last Survivor’ is a character-based, feature-length documentary that explores the idea of genocide in the 21st century. Following the lives of survivors of four different genocides and mass atrocities – The Holocaust, Rwanda, Darfur, and Congo – the film presents the stories of the survivors and their struggles to make sense of tragedy by working to educate, motivate and promulgate a civic response to mass atrocity crimes.

“The Last Survivor showcases real world examples of survivors who have become powerful agents of change, moving people in communities across the world to act in the name of genocide prevention,” said Michael Pertnoy, Founder of Righteous Pictures and co-director of The Last Survivor. “April is Genocide Prevention month, and the film presents a unique opportunity for all of us to learn from the lessons and mistakes of our past in order to have a lasting social impact on how we act collectively in the face of similar issues today.”

As someone of Armenian decent, I can speak first hand at the importance of recognizing mass atrocities. Because when we allow the past to be forgotten, we continue to make the same mistakes.

Last Survivor will be screening Sunday April 25th at 2:15p at the Somerville Theater. Click here to purchase tickets.