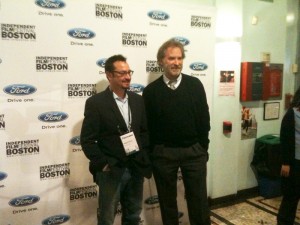 ‘I’m honored and…whatever the opposite of humbled is.” said Kevin Klein to a packed house at the Somerville Theater following the screening of his upcoming film ‘The Extra Man.’

Crowd reaction to the film was warm, laughing through out Shari Springer Berman and Robert Pulcini’s ‘The Extra Man,’ which also starred Paul Dano, John C. Reilly, and Katie Holmes.

IFFBoston has officially begun, and continues through next Wednesday with over 100 screenings, and a plethora of special guests.