PAX East 2011 came to a close this past sunday, three days of amazing gaming goodness. For those of you who don’t know, PAX is of course the Penny Arcade Expo, a convention that celebrates all avenues of gaming, from upcoming video games to D&D and card games. There are two, PAX Prime in Seattle, and now in its second year, PAX East in Boston.

This years show brought 70,000 participants, the expo floor was packed, with some waiting hours to play games like Duke Nukem Forever, and Star Wars the Old Republic. 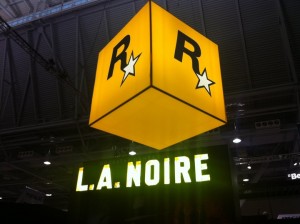 The standout of the convention for me has to be L.A. Noire. The latest from Rockstar is going to be hitting stores this May, but they had a full 25 minute demo for us that really blew me away. The game essentially is a James Ellroy novel come to life. They’ve recreated Los Angeles circa 1948, and you’re a rookie detective making your way up in the ranks. The developers used actual motion capture on the actors in the game, giving you detail and emotion never before seen in a game.

Considering I’ve been waiting the release of this game since the 1997 cover story, it was the first game I ran to at the opening of the convention. The demo was the same that was at PAX Prime, and honestly, I was a bit 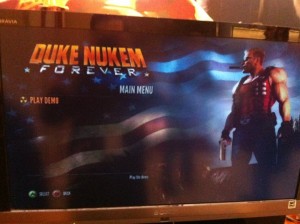 underwhelmed. I found the controls to be wonky, and the AI dated. However, the nostalgia factor certainly earns the game points, and I have to admit, I can’t physically NOT buy this game. I do however feel that the next title in the series (hopefully it won’t take another 15 years) will be more the sequel we deserve.

There is a lot of hype surrounding Nintendo’s latest handheld. While I do feel that the hardware is underpowered as is all of Nintendo’s platforms, I was definitely curious if it would make up for its stereoscopic 3D screen. I played Street Fighter IV, as well as Steel Diver, and I have to say, a few more really good titles, and I’m on board. The device feels great, the 3D is cool (and if it does give you a headache you can switch it off).

The demo of RAGE was really impressive. Rage of course being the new game from iD software using their new iD Tech 5 engine. Talk about impressive graphics, the game was demoed on an xbox 360, and that had to be the best graphics I’ve seen on an Xbox 360.

Other standouts, SOCOM 4 I really enjoyed, Gears 3 felt like Gears with a little bit more color, and the indie games I played were really impressive. So those are my thoughts on PAX. Now I’ve got to go back to playing Pokemon.